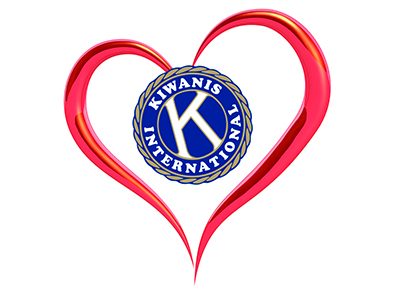 As today was Valentine’s Day President Bill welcomed us by quoting from a piece by Mary Fitzgibbons, from an agency in Chicago stating “that volunteerism exemplifies the meaning of Valentine’s Day” and from Linda Llewellyn who said “Love drives volunteerism.”  So hope you all had a wonderful Valentine’s Day!  There was a Board meeting prior to our regular meeting at which 2-$500 grants were approved: RECOVERY REVOLUTION for the SADD Program @ Easton High School & YMCA for supplies for their STEM programs .  The Allentown Kiwanis Club is celebrating their 100th on Saturday, March 10th.  Let Bill or Barb know if you are interested in attending.  Walt reported on our SLP’s and James gave a report on our Opioid Awareness Committee.  Bill reported that he met with Easton Hospital CEO on Tuesday regarding sponsorship of our 100th anniversary project,  and he has submitted 5 or 6 other grant requests and still has about 4-5 more to be done.  VP Skip announced that next week’s speaker will be Lisa Wolf from the Center for Humanistic Change and the following week is a morning meeting at the Easton Market.

Skip then introduced today’s speaker, Steve Uhas, pharmacist/owner of NeighboRx Pharmacy in Forks Twsp. who spoke on the history of the opioid epidemic we are working hard to make people aware of.  Opioids were developed during the Civil War to treat wounded soldiers.  From there, heroin was created as a “non-addictive” form of cocaine and morphine by the Bayer Company.  By 1924 there was widespread addiction to heroin.  In the 1950’s oxycodone, vicadin and percaset were developed to help alleviate chronic pain that over 100 million people suffer from.  Pain tolerance is different for every person.  Perdue Pharmaceuticals claimed that less than 1% of patients became addicted; but the medications didn’t do much to alleviate the pain, they just created a “mask” of the pain.  75% of people addicted to heroin started with prescriptions for oxycodone.  Problems escalated as people tolerated the medications, so doctors kept prescribing more.  Sales skyrocketed as the pharmaceutical companies encouraged the sales of such drugs.  Addicted people found ways to heighten their affects, requiring more and more of the drugs.  PA now has a state wide data base that can be used by pharmacies to check past prescriptions of patients and some pharmacists will even call doctors when a customer comes in with a new prescription, or perhaps asking for refills that go beyond the normal range.  But there are still “pill mills” where people can go and just buy pills with no insurance accepted and on a cash only basis.  A reputable pharmacist looks for “red flags” such as new prescriptions for opioids, dose increases, more pills than should be prescribed, etc.  Thanks to Steve for a more in depth look at this epidemic that our club, working with others in the community, is trying to help alleviate.