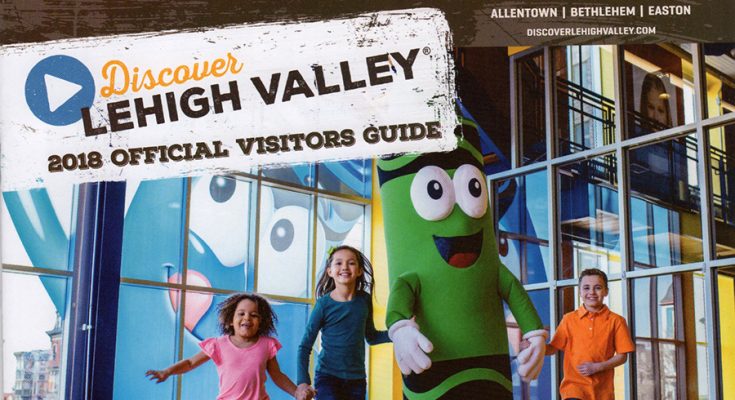 Our meeting today was opened with a report from Walt about this morning’s meeting of the March K-Kids, their last of the school year.  Next week both Cheston and Paxinosa K-Kids will be meeting on Wednesday at 3:30 so if you can, plan to attend one of those meetings.  Next Thursday at 8AM will be a Builders Club meeting at the Middle school.  James reported on the Opioid Awareness planning committee which met on Monday. Kiwanis members should have received an e-mail from him detailing the events that are planned.  This group has decided to join with other groups at their events, such as Recovery Revolution’s event on Saturday night and on May 12 they will be in Center Square Easton for Law Enforcement Appreciation Day.  Since forming the group has held 4 public events with more than 300 people total in attendance.  Then Ken reported on our 100thAnniversary celebration coming up on April 22. We have 117 reservations as of today and have had a great response from our members.  He and Bill have been working on the booklet/program and Bill has been working hard on the “centerfold”.  Trust me; it will not be like a centerfold you might be thinking of!  And Bill is not sure where the “staples” may fall. Joanne has our Super Raffle tickets in hand and let her know if there are certain numbers that you require so she can be sure that those can be set aside for you before she starts giving them out to members; and she will have them available at our Centennial Celebration.  Janet, speaking through James, reminded us of our pancake breakfast fundraiser this Saturday at Applebees from 8AM to 10AM.  Be there for the delicious round pancakes; or be square! Bill read a letter of thanks from the School Sisters of St. Francis for our donation to their Monacacy Farm Project, and they have invited us to have a “road trip” meeting at their facility in the near future.  He then reported that we have received a letter from Mayor Sal Panto that the city will be accepting the playground once we have it in place and will take over the maintenance.  Don’t forget our annual meeting to vote for our officers for the next year to take place on May 2.  Up for election are President: Neil Gallagher Pres. Elect: Skip Fairchild   V. Pres: Janet Morgan  Sec’y: Bill Walters  Treas: Gary Tempest  Board members:  Walt Howell and Sarah Panovec.  Foundation Board members up for re-election are Roger Conners and Vic Dennis. 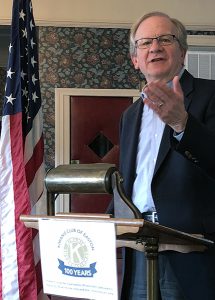 Then Skip introduced Mike Stershic, President of Discover Lehigh Valley who was our speaker today.  He has more than 40 years experience in for-profit, non-profit, and government sectors.  He began his talk by congratulating our Kiwanis Club on its 100 years of service to the community.  Discover Lehigh Valley is a destination marketing promotion center whose goal is to get people to come here, spend money, and go home happy.  The tourism industry here employs over 23,500 people. In 2015 visitors spent $2.1 billion in the Lehigh Valley. About 25% of that money is spent getting here and transportation; 21% on food and beverages; 18% on lodging; 17% on shopping; and 27% on recreation.  Discover LV was created in 1984 by the merger of 2 bureaus.  About 4.7 million visitors stay over in hotels, and over 10 million visitors take day trips to the LV.  59% of the visitors have been here 4 times or more in the past 2 years.  57% of visitors surveyed rate their visit a 9 out of 10, and 79% are likely to return.  Many visitors don’t know what to expect when they visit the LV but they find there is so much to do here they make plans to return.  Next week’s speaker will be John Morganelli, District Attorney.