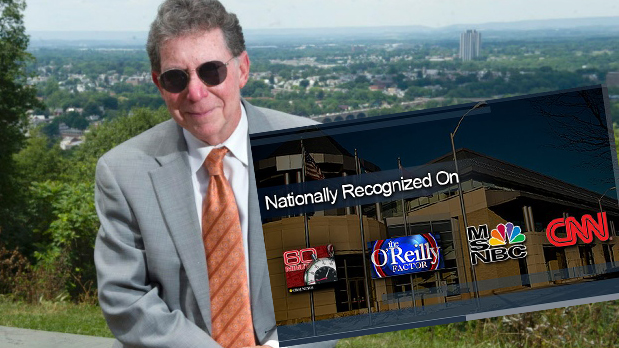 At today’s meeting we welcomed a visitor, Peter Cochran, with our “Welcome” song.  Kiwanis night at the Phillies will be on Saturday June 9 (in the afternoon, not the evening) and they will be playing the Brewers.  Walt reported that there are 2 K-Kids meetings this afternoon; he will be at Cheston and Nick will be at Paxinosa; and tomorrow morning there is a Builders Club meeting at the Middle School.  Joanne has our Super Raffle tickets and will have them available at our Centennial Gala on Sunday so get yours before someone else picks out the winning number!  Janet reported on our successful Pancake Breakfast this past Saturday morning with special thanks to Walt for organizing the 31 youth who helped out.  They served 132 meals and we received a profit of $616! Pres. Bill encouraged her to choose our next dates soon.  Ken reported on our Centennial Gala, which is this Sunday, April 22 starting at 12:30 PM at the Green Pond Country Club.  We have reservations for 124 attendees.  Dean will be bringing a dance group from the Boys and Girls Club to entertain us during the reception time and the program will include “What was it like in 1918” when our club began.  Help is needed to set up around 10:30 and also for take down after the program. The menu is varied and sounds delicious. Bill reported that the booklets he and Ken have been working on diligently will be ready by Friday.  With all the club business done, the meeting was turned over to Skip who reminded us that next week is a breakfast meeting at the Easton Market.  On May 2, Janet Morris from Recovery Revolution will be our speaker; May 9 we will be at CIT for the presentation of scholarships; May 16 will be our Police officer of the year.

He then introduced our speaker for today, District Attorney John Morganelli. He has been Northampton County DA for 26 years, and will soon be running for Congress. The office of the DA has changed during his 26 years.  The position started as a part time job allowing the DA to also continue practicing law.  It is now full time in all counties of the state.  He has 22 assistant DA’s.  The population of Northampton County is now over 300,000.  There are several different units within his office; violent crime, drug, white-collar crime, sexual assault, grand jury, juvenile, and DUI. DUI is 42% of all cases while 22% are drug cases.  He spoke about legalization vs. de-criminalization of marijuana.  He supports de-criminalization not legalization. He also addressed sanctuary cities and is not in favor of them as they are not required to report illegals to immigration when they break the law.  When they serve their sentence, they are released with no further action. He is in favor of a U-Visa which would give illegal alien victims of a crime temporary status to encourage them to report the crime.  He stated that the MS13 gang from San Salvador is the worst of them all and they are all across the country.  Several interesting questions were asked and answered, including the theatrics of trials; and maybe it’s time to go back to the Egyptian way of holding trials in the dark so courtroom theatrics images would not have an effect on a jury!