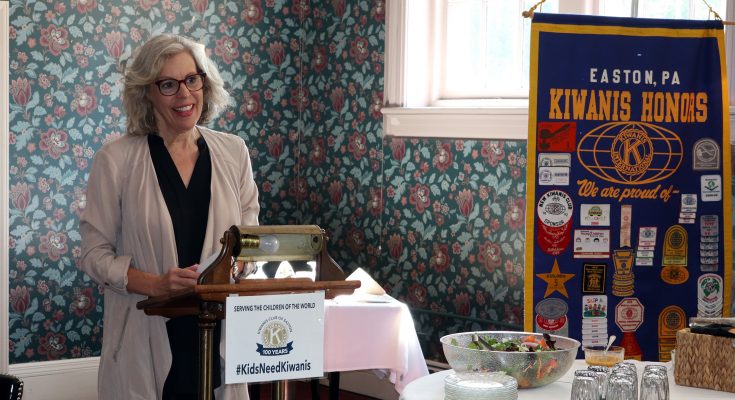 The new Kiwanis “Sheriff” Skip Fairchild assumed his duties as Club President today. Bill had some information about the upcoming Division 6 Regional Meeting in Stroudsburg on November 2nd. I hope some of our leaders and members take advantage of the informative programs offered that day. And its FREE. Palmer Kiwanis is suggesting that both Phillipsburg and Easton Kiwanis Clubs join them for breakfast on Wednesday November 27: we have normally not held our lunch meeting that day so it would be a great way to join forces. Skip read a letter from Jerry Thomas who is dropping out of Kiwanis due to some health and travel situations. NOTE: Walt is going to need help with our 5 SLP clubs this school year, please offer to help him. As a reminder, has everyone sent Bill an email of what Community Service they have done in September? Skip also mentioned that after the start of 2020 we will be asking members to provide a program called A TIME IN THE LIFE OF… (fill in your name) whereby our members will tell us about themselves. As Skip said, he’s had too many instances of reading obituaries about someone he knew and learning more about them just from their obituary. Let’s learn about each other while we are alive. And lastly Skip presented Janet her President-elect pin. 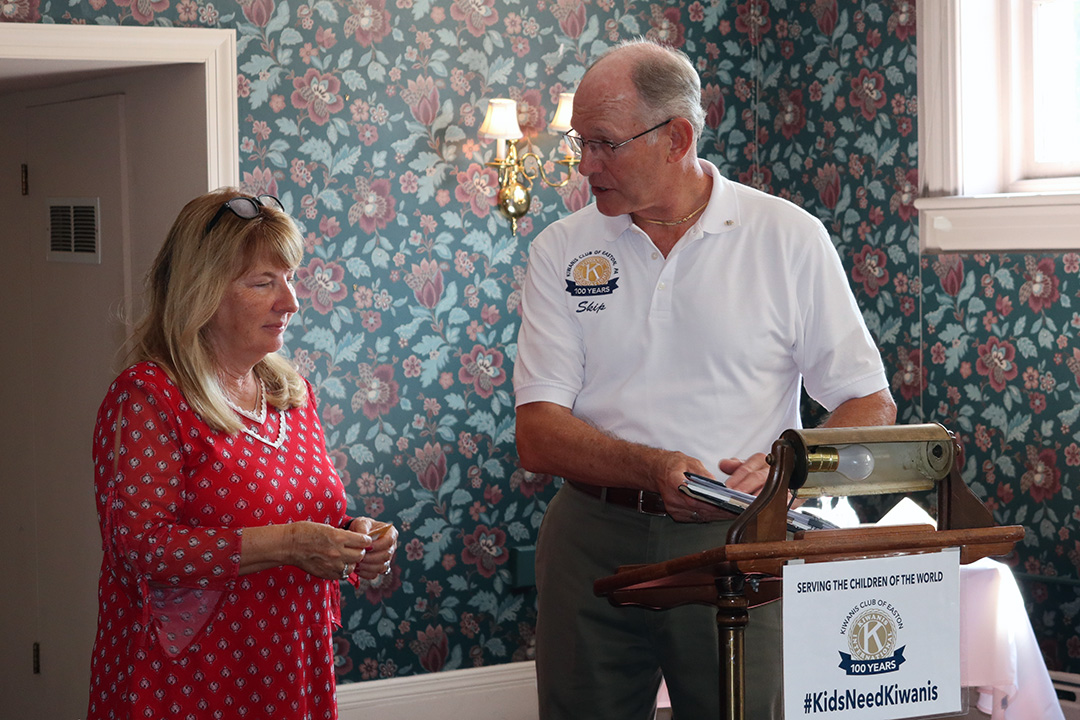 Janet then introduced a long-time friend of Easton Kiwanis, Shelley Brown, President & CEO of the Historic State Theatre. The State is entering its 93rd year and so far, the first 2 shows this season were sell-outs. Shelly remarks about hearing people frequently say the shows are “better than Broadway” and as Shelly reminds everyone, the Broadway shows locally are much less expensive, parking at the garages are only a dollar for the evening, a trolley brings you back and forth and you’re probably home and in you PJ’s before midnight. Try that sometimes when you want to go to New York City for a show. Some people are celebrating special milestone events in their lives coming to a show while some are just out for a great evening. There’s nothing like entering the theatre on a busy show night and enjoying the exhilarating effect of gathering as a group of as many as 1500 people to enjoy themselves for a couple of hours together as an emotional experience. And some for their first time at the State. Yes, you can do almost anything with a computer or smartphone but you can’t experience live theatre with a computer. Before the show, it’s just a building. An empty building. But then the building comes alive at showtime.  As Shelly further remarked there is this Kinetic Transfer of Energy when the curtain goes up and the seats are full. When she started some years ago there were only 3 theatre venues in the Lehigh Valley, now there are 25 venues and most all competing for the same shows. The State is competing for the same entertainment dollars as the other 25 venues but prides itself on its volunteers, personalization and customer services but the crown jewel is the Freddy Awards. The State is a non-profit facility relying on, hopefully, a small profit from each show’s ticket sales along with donations, grants and gifts. As Shelley said referring to the very successful Freddy Awards, in many other locations in the country there are similar events, but the uniqueness of the Freddy’s is due to the partnership with WFMZ-tv and its live broadcast. It was patterned after the Rising Star Awards held at the Paper Mill Playhouse in New Jersey. 2020 will be the 18th year of the Freddy Awards. And as she pointed out Bill and Barb were there from the inception. The Freddy’s have created a community of high school students involved in theatre arts as a friendship first and foremost above the awards themselves. Students are visiting other schools supporting each other’s shows. And the friendships for some have continued after graduation. In sporting events the “other school” is their rival: in the Freddy’s the “other school” are their friends. A parent once told Shelley that the “Freddy’s is what a perfect world would look like.” And she notes its quite remarkable that for the 3 hours of the live TV broadcast there are about 1500 students in the audience; most all without cell phones in their hands. 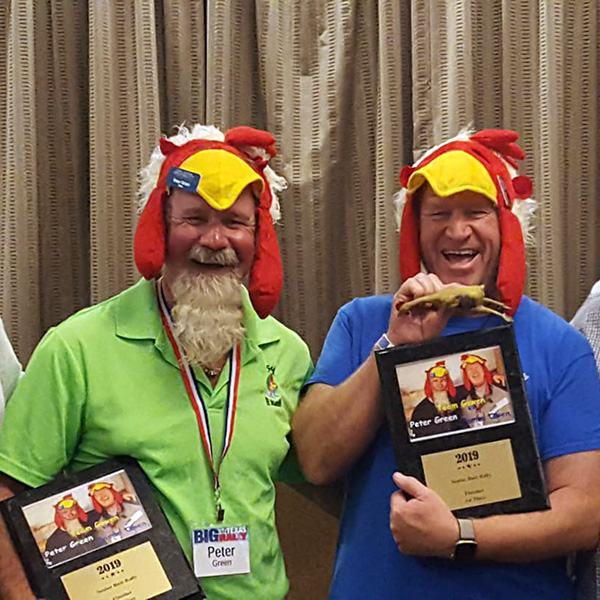 Quick update on our member James Owen (on right) and the Senior Butt Motorcycle Rally. As shown by the picture he and his partner-rider Peter Green were the winners of the event recently held in Texas. I understand the “headgear” they are both wearing was a test helmet liner for the newly formed “3 Stoogies Helmet Company.”