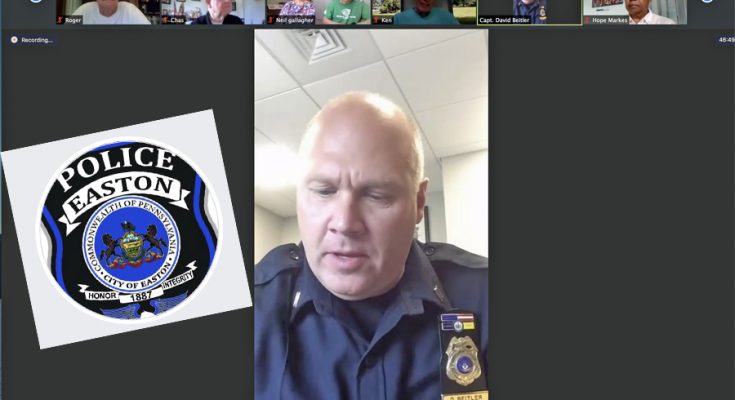 A good turnout for today’s ZOOM meeting with 17 club members and 4 “regular” visitors including our international visitor from Jamaica, Hope Markes and Beth Rosenwald from Kansas and Jacqueline Wade from Hampton, VA, and also Charlie Chase from Bethlheem. Bill provided the video Pledge of Allegiance from VFW Director in Leavenworth, Kansas and today we heard AMERICA-MY COUNTRY TIS OF THEE by the Soldiers’ Chorus of The United States Army Field Band. Pres. Skip announced that we have a “pleasant situation” in that former multiple-year President Neil Gallagher has offered to be the President-elect for the upcoming Kiwanis year as a support for incoming President Janet. And then Skip officially nominated Neil and Watson immediately provided a second to the nomination. All those members on the Zoom meeting were in immediate agreement with both hands raised and “yeas”. And then Neil reminded us that the floor was not officially opened for other nominations. So, Skip asked for any other volunteers and you can guess what that answer was. All visitors had the opportunity to say hello and any other comments and then after Barb provided a moment of inspiration along with some Easton Kiwanis History about the “fining system” that was in place many years ago, and if it was still in place today Watson would owe an unknown “fine” since his color photo was in the recent issue of the Sigal Museum-NCHGS publication. And Bill provided some health reports on some members and friends of Kiwanis and then a quote-for-the-day provided by Erie Kiwanis President Calvin (Mistakes are my Forte) Morse: “Mistakes are mere steppingstones to better understanding.” Cal is a frequent visitor to our Zoom meetings as I am to the Erie Zoom meetings. A quick update on upcoming meetings: August 19, Patrick Hall, Kiwanis Children’s Fund Development Officer “Kiwanis Children’s Fund 101. Learn about the five Kiwanis causes supported by the Kiwanis Children’s Fund and how they amplify your impact. Hear about our grant programs and how the Children’s Fund can benefit your club and your district.” August 26: Board Meeting, no speaker. September 2: Skip Fairchild, “A Year In The Life Of A Combat Marine.” 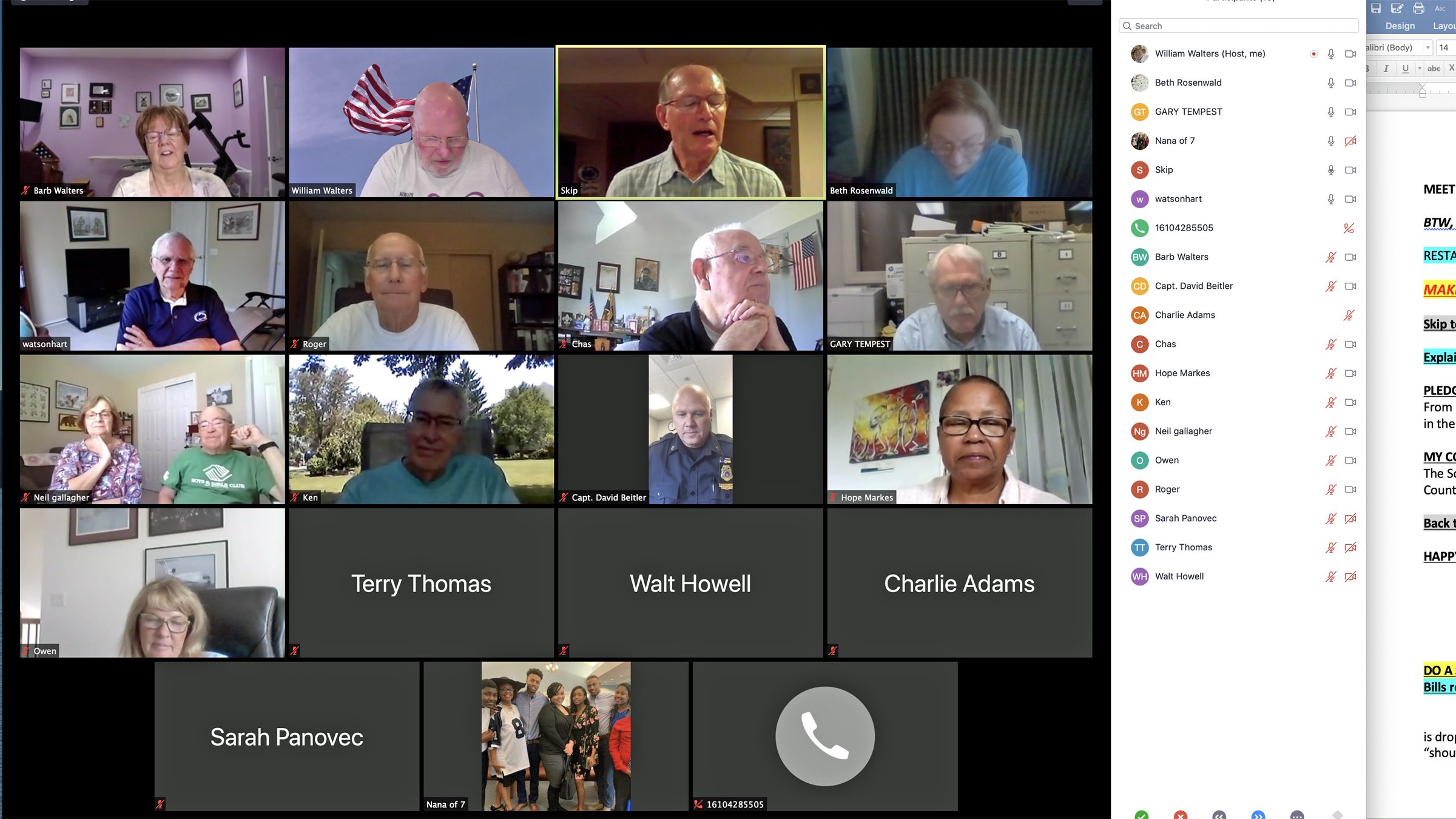 And then it was back to Skip to introduce Easton Police Department’s Captain David Beitler who presented a very interesting and very timely topic:  Easton Police’s “Use of Force policy.” Capt. David started with some basic facts about Easton, PA: over 30,000 people; only 4 square miles; 63 police officers; 38-39,000 calls-for-service each year. February 2020 Easton was able to secure grant funds and they purchased software packages from CI Technologies: IA Pro and Blue Team. Pennsylvania “had” one of the toughest “wiretap” laws in the nation that would not allow recording of a person’s voice inside their home unless they authorized it. Once the law was changed Easton PD received the grant for both body-cameras and the software. The software breaks down all kinds of “incident documentation” for all police calls and within seconds, not months, the data is available. The cameras and the software are additional tools for the police department. Since the first of 2020 there have been about 11,000 logged calls from citizens. All the calls are logged into the software as to the various type of incidents reported. Of the 11,000 only 87 listed any “use of force” instances and of those 87 only 64 were low-level “use of force” where any form of restraints were applied to the individual. The software is now holding the officers accountable for their actions along with the body cameras. Along with the body cams are car-cams both facing out the windshield and out the rear. And all the cameras are turned on as soon as the car’s red lights are activated. Many of today’s calls are due to increasing mental-health issues that become use-of-force statics. The software even has “early warning” indicators which flag actions developing out-of-norm for an officer thus allowing supervisors to take corrective action. Another big tool that officers have is “de-escalation training” and training to communicate with the citizens. They build relationships with citizen groups. All officers have iPads in their cars to enter their reports quickly to save time and to be more accurate. What the cameras and the software has done is to save erroneous and frivolous lawsuits and claims. Since the cameras and software have been installed, civil lawsuits have been dropped once the claimant’s attorney finds out there are recorded videos of what “really happened” not what their client told them happened. Answering a question about what affects have been from the Pandemic: no big uptick in mental issues but there has been an uptick in domestic violence issues. Capt. David further explained about some of the other tools and tactics they utilize when necessary. Officers are trained to keep a “safety space” away from a person they encounter. This allows the officer time to assess the issue in front of him and room away from the individual in case any “action” needs to be taken. And he listed the many “tools of the trade” carried by each officer on their belt: gun, taser, pepper spray, baton, radio. He explained about how distance provides time to react to determine what the best “tool” is for the situation. And being a smaller city, it allows other backup officers to usually arrive within minutes. And a question was raised about the certification process for new officers. Not only do they receive 6 months police academy training and then in-house additional training within the Easton Police before they are released to the public, they must undergo a stringent vetting process in the hiring which includes various mental and physical exams including even a lie-detector exam. Easton Police want to know what the future officer’s abilities are before he is given his badge and gun and allowed on the street. With all these new “tools” available to the citizens and visitors to Easton, it’s a pretty safe place to be.