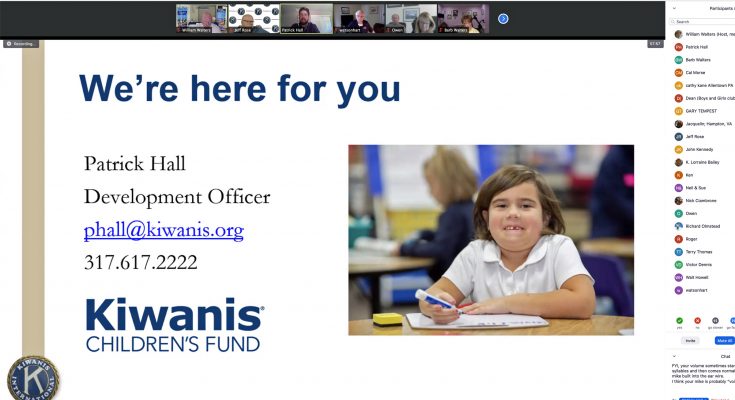 Pres-elect Janet led another great Zoom Meeting as we had 16 members and 7 Kiwanis guests visiting from around North America. Bill provided the PLEDGE from the First Baptist, Broken Arrow, OK and AMERICA THE BEAUTIFUL by Anthem Lights A Cappella. Janet commented on the PA Kiwanis online virtual convention from this past Saturday. Our club’s signature project, the IU20 Kids Christmas Party, took 3rd place in our division of club size; Distinguished Kiwanians were presented to: Joanne Cappellano, Walter Howell, Janet Owen, Gary Tempest, Bill Walters; Distinguished Club for 2018-19-Neil Gallagher; HERO Award to Bill Walters and Jeff Rose for Div. 17-18. Janet added comments about the HERO award recipients. Our visitors and members all had a chance to add some comments to the Zoom. Bill reminded us of the upcoming events:  August 26—Board MEETING; Sept 2—Skip Fairchild, A Year In The Life Of A Combat Marine; Sept 9—if necessary continuance of Sept 2nd; Sept 16—Ken Wildrick: Safari in South Africa; Oct 7—Chuck Gugliuzza, Homestead, FL, Past Kiwanis International Trustee. At this point the program was turned over to our guest speaker, Patrick Hall, Kiwanis Children’s Fund Development Officer. 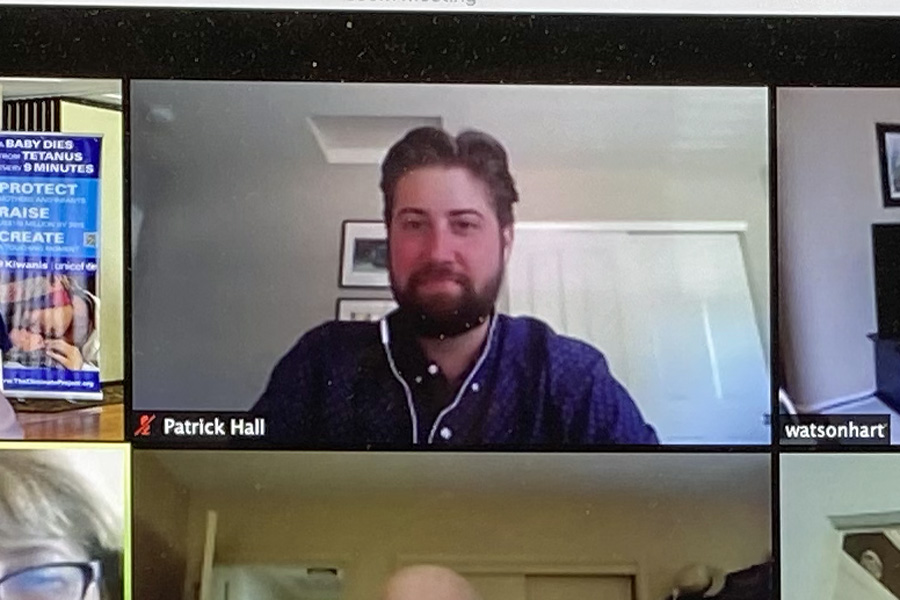 Pat explained the five Kiwanis causes supported by the Kiwanis Children’s Fund, formerly known as the Kiwanis International Foundation. The Kiwanis Children’s Fund (KCF) was renamed the other year to provide a more meaningful name for what Kiwanis’ foundation is all about—children. KCF provides funds for helping with the 5 Service Leadership Programs within the Kiwanis organization if any of their individual clubs are in need of funds for a project just like individual Kiwanis Clubs can ask for grants. Due to COVID-19 the KCF added some additional directions for grants, such as masks & hand sanitizers, diapers & dry milk, food & staples and even computers & internet service. In 2017 the Key Club at Bridgeport High School, W Va. started a Thanksgiving food drive and delivered 100 “food boxes” to families. Last year with a KCF grant they increased their “food boxes” providing 27,000 pounds of Thanksgiving meals to over 1400 families in 7 counties with the help of several Kiwanis Clubs and a couple of College Circle K Clubs. 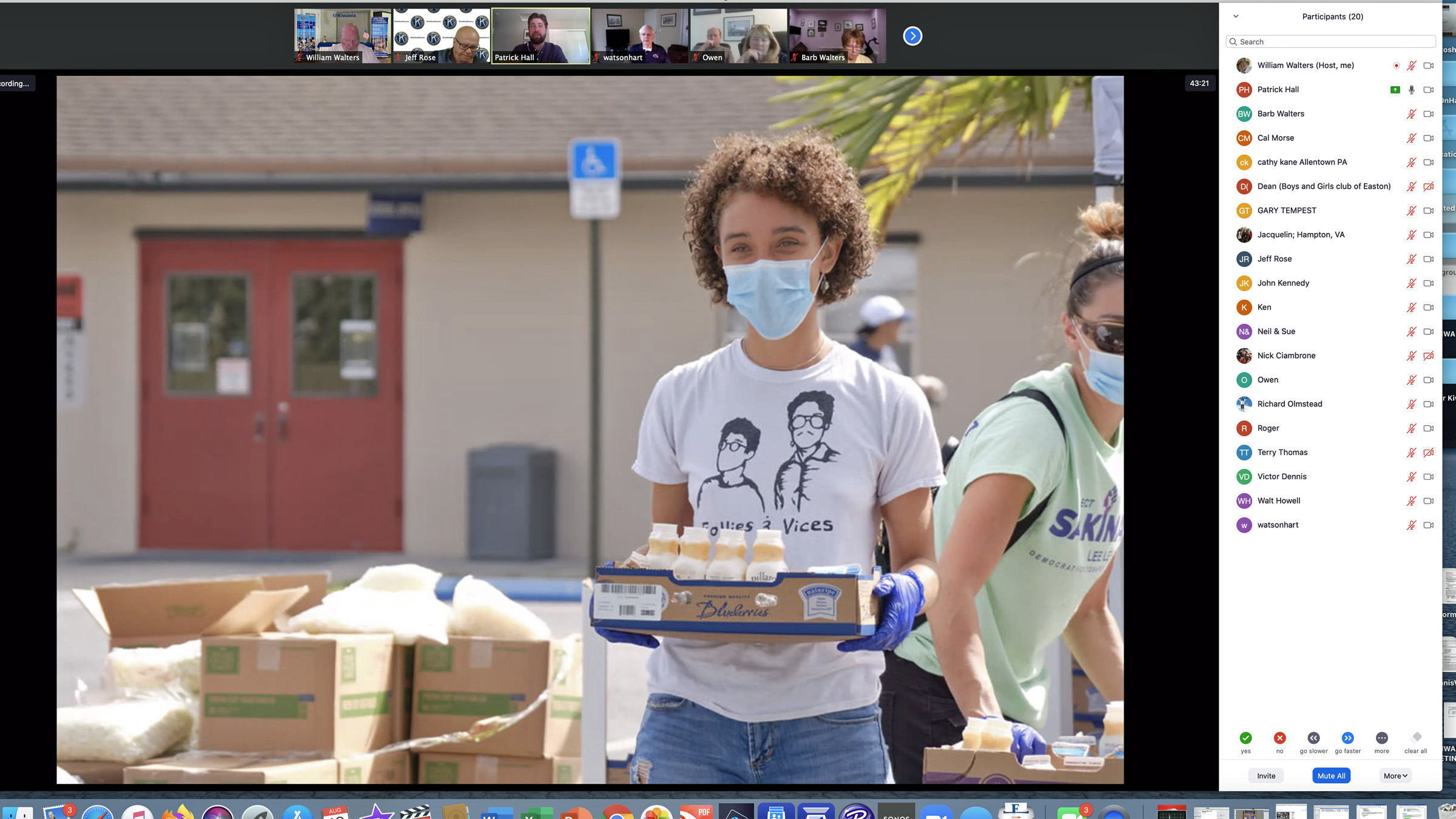 And the KCF helped the Florida Kindle South Dade Club’s 40 members purchase food for a local food pantry that had seen a 500% increase in need. As you can now realize, KCF does not only provide grant funds for Kiwanis Playgrounds. In fact, in 2018 KCF provided Easton Kiwanis a $15,000 grant along with a $2,500 grant from the Pennsylvania Kiwanis Foundation to help build their new 100th Anniversary Playground/Food Garden at the Boys & Girls Club in Easton. And many of us remember the first Kiwanis World Service Project, Iodine Deficiency Disorder (IDD) begun some 20 years ago with UNICEF where Kiwanians around the world raised some $100Million and that program continues worldwide. And then a few years ago the 2nd World Service Project with UNICEF: EliMiNaTe (MNT). MNT is reducing mortality among newborns worldwide by eliminating tetanus from the birth mother. This too will be an ongoing project. FYI, the KCF has the grant requests set up completely online and they will help any club with their requests. There are 3 grant-award cycles: Jan 1, June 1, Oct 1. Patrick was asked the really tough question. Does he have any idea what the next World Service Project might be and his answer was that he said you can be assured with this current world situation there will not be any new project announced in January. Through the Children’s Fund Ready-Made Meeting, you can share that pride and knowledge with your fellow members! The Kiwanis Children’s Fund “TURNS MONEY INTO MEANING!” 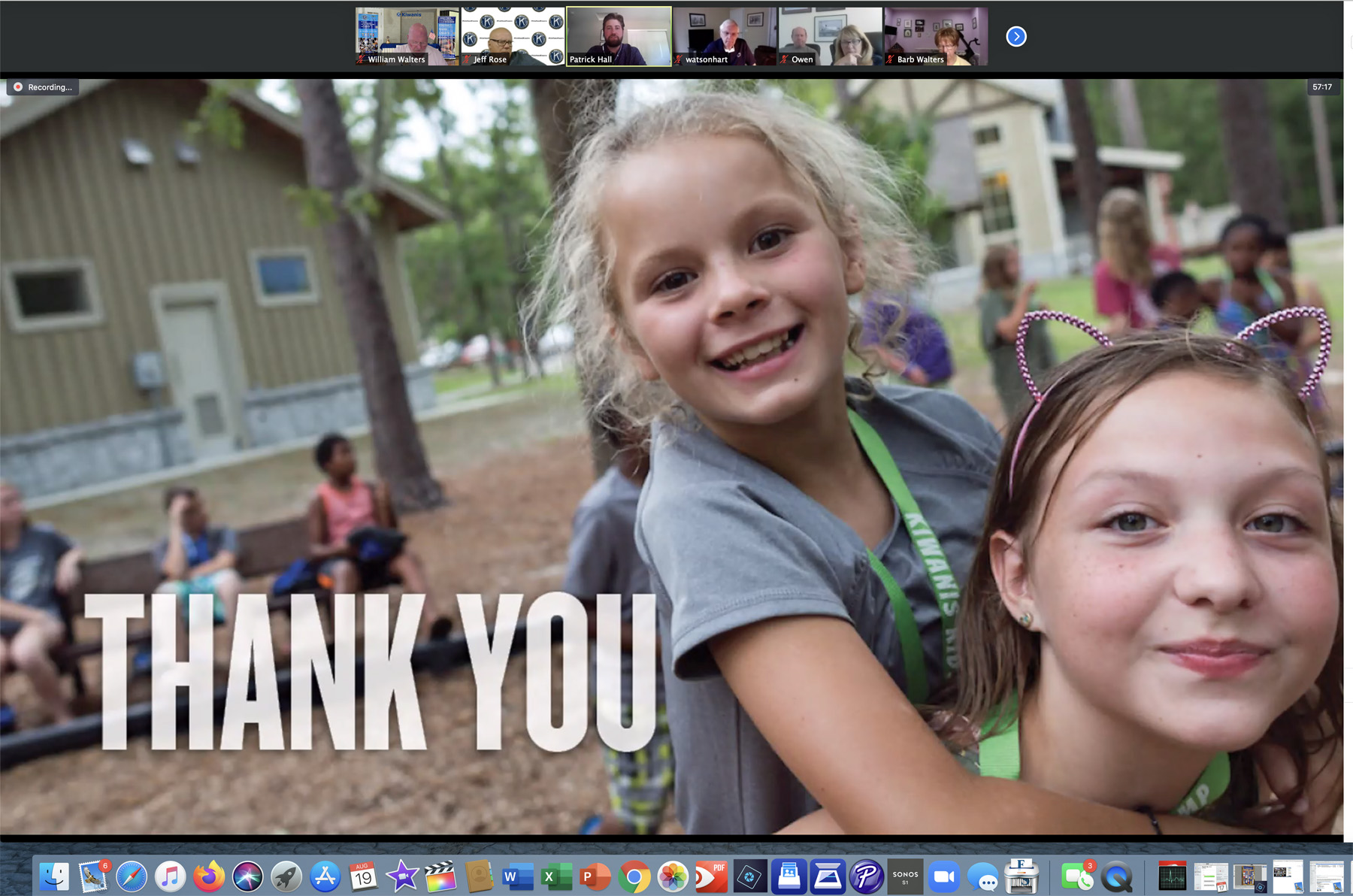